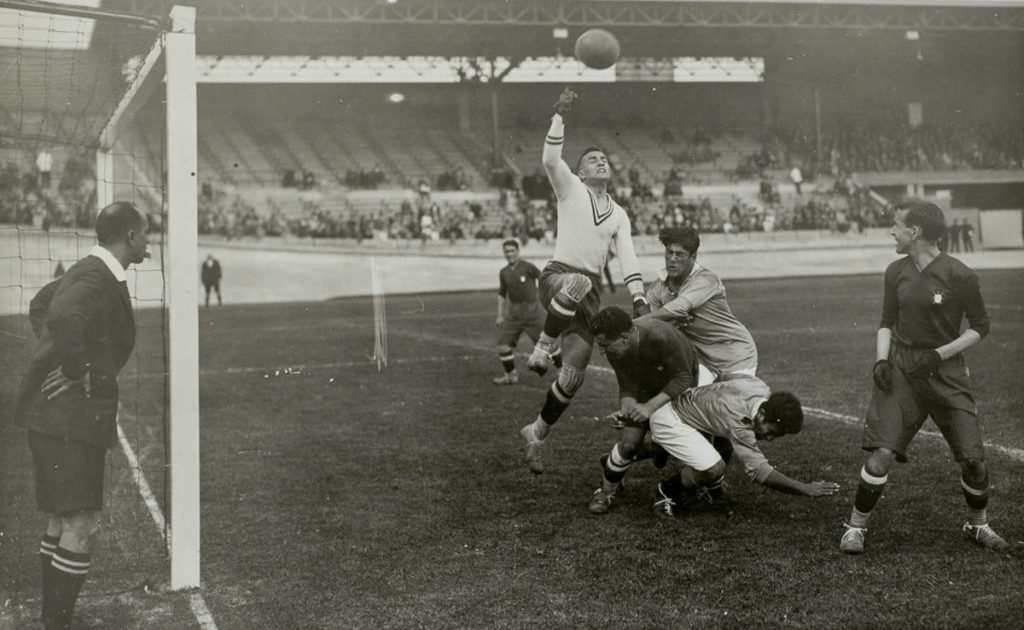 VAR notwithstanding, diving was still rampant at the recent FIFA World Cup. The phenomenon is known as “Schwalbe”, which German word was duly adopted by the Dutch, who attribute the trait to German football players. In fact, Holland is where the practice was first sighted, at the 1928 Olympics in Amsterdam. And the perpetrators were from Chile, who were instantly dubbed “football comedians” by the Dutch press. The first football match at the 1928 Olympics in Amsterdam was played on 27 May 1928. Portugal and Chile met in a preliminary round tie, with the winner being admitted to the first round and the loser being eliminated before the tournament even started. It was also the very first time the new Olympic Stadium hosted a football match.

The Chilean football team lost the match, meaning they had crossed half the world for naught – travelling taking much more time in 1928 than it does nowadays. The Dutch spectators will likely have remembered the Chileans for a different reason, though, as will come across from the article titled “Football Comedians” published in Dutch newspaper Het Vaderland on 29 May 1928.

“The audience attending the Portugal – Chile match certainly got their money’s worth, judging by the variety show put on performance by the actors”, the reporter began. “The Chileans turned out to be absolute comedians, putting on a perfect display of football as a public entertainment.

The gentlemen drew mightily from their bags of tricks, which was at times as little fair and justifiable as it was inexplicable. And when they did slip by their opponent, they would throw themselves on the ground with a pitiful wail, conveying the impression of being hurt. Yet if the ball wounded up in their immediate vicinity after all, they would be on their feet briskly, playing on as if nothing had happened.

Their playacting was evidenced, incidentally, by the fact that their team mates did not even concern themselves about them; they were well in on the act.”

Thus spoke Het Vaderland, whose reporter did not have the word ‘Schwalbe’ available to him yet. But the evidence is there: this was a well-established practice even in those early days.