Baseball was known in the Netherlands before it was called baseball. 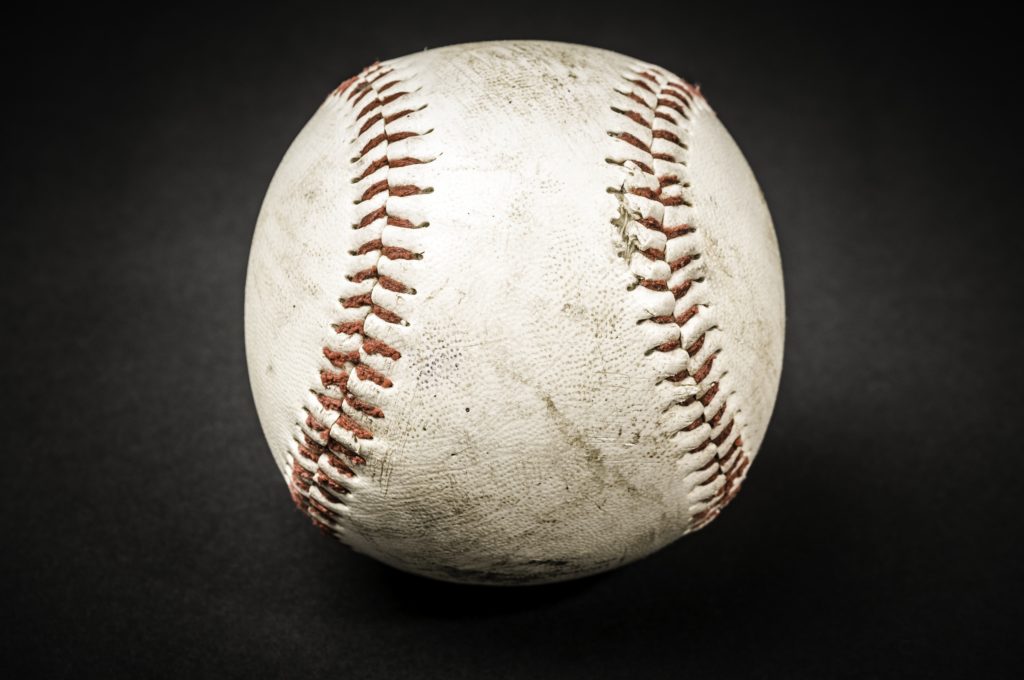 The basic rules of baseball have been known in the Netherlands for nearly 200 years, as sports historian and linguist Jan Luitzen has demonstrated. More apt would be to say: the rules of the precursors of modern-day baseball. After all, in the 19th century this pastime was known in many similar yet variant forms and under many different names, but the rules clearly had characteristics that are still visible in modern baseball.

In 1822 the book Kinderspelen voor alle jaargetijden (Children’s Games for All Seasons) was published in the Netherlands, a translation of a German original. It included the rules for the loopbalspel (running ball game) – still a far cry from baseball. Two teams comprising kaatsers (strikers), werpers (pitchers) and vangers (catchers) would play on a field demarcated by four stakes. Jan Luitzen found this book using Google Books and it contained the oldest description of baseball in the Dutch language.

“The first side”, the book starts, “which will be decided by drawing lots, will have the exclusive right to bat, until it forfeits such right by a foul.” The striker, which we nowadays would call the batsman, had to hit the ball thrown by the opgooijer (pitcher). Having hit the ball, the striker tried to round the circuit, while the other side attempted to catch the ball or touch the striker with the ball. If the striker was out, sides would change. “The merry boys played this game to much enjoyment”, the 1822 book continued, “and expressed their most heart-felt gratitude to their good teacher.”

Clearly, this represents a rudimentary form of baseball – the oldest reference to have been found in the Dutch language. As the rules were translated from German, there is every likelihood that this primitive variant of baseball has even older roots in Germany than it does in the Netherlands.

Over subsequent decades, this precursor to baseball evolved in the Netherlands, for in 1845 the rules of the game were penned down once more – in this case in the book Jongens! Wat zal er gespeeld worden?  Handboekje voor knapen bĳ hunne onderlinge oefeningen en spelen (Boys! What to play? Guide for boys to their exercises and games) by G.T.N. Suringar. As was the case in 1822, the game was not referred to as baseball yet, but as the Engelsch balspel (the English ball game). Let us have a closer look at the rules.

“In this game, the players divide themselves up in two sides of equal number and a drawing of lots decides which side will go first. Four stones or other markers will be placed at a distance of 36 to 60 feet from each other, on a, b, cand d  in the above diagram, and a fifth marker is placed on e.”

These days we would call them:

Note that the bases are arranged clockwise, whereas in modern baseball players run counter-clockwise. So something must have changed since 1845.

Back to 1845: “Of the side not going first, one – who shall be named the struikroover (highwayman) – will assume position at e. He shall throw the ball gently to a, where one player of the side going first has assumed position.”

In summary, the pitcher throws the ball in the same manner as in present-day baseball, although not as fast. This situation had not changed in 1869: “The ball-thrower, who is part of the defending side, stands at a distance of 5 to 6 strides from the batter, and throws the ball at him in a gentle arc.”

Back to 1845: “This [side] now attempts to strike the ball, thrown at him by the struikroover, with his bat. If he misses the ball, or the ball is caught by one of the other side, who are spread out over the field, he will retire and the following player will take his place.”

The main difference with our time is that the batter gets just one attempt to strike the ball.

“Should he strike the ball, however, he shall throw his bat away and run to b, or if possible, to c, d, or even from there back to a.”

The very definition of the home run, put on paper in 1845.

“While he is running, the struikroover or another of his side who has found the ball will seek to hit him and if he is hit while running from a to b, from b to c, from c to d, or from there to a, he will retire.”

So a player is out if an opponent hits him with the ball. The rules did not yet stipulate that the running player would be counted out if he was touched with the ball.

“Should he, however, reach a place of safety, b or c, for example, he will then attempt, once the struikroover has thrown the ball to his successor at a, who has taken up the bat, to run to the next place of safety. While he does so, the player standing at a holding the bat (for he who misses the ball thrown to him by the struikroover and thus retires must immediately pass the bat to another) runs, if he has struck the ball, to b or, if he can, to c, and a third player comes up. If all players have had their turn in this manner, the fielding side takes their place.”

It follows that sides do not change at three outs, but only after each player has had a turn. No mention is made of scoring, but in 1845 playing the game was clearly deemed more important than playing to win. The object was not to win, but to play together.

Dutch baseball (in Dutch: honkbal) continued to evolve after 1845, although the pastime does not appear to have spread far and wide. In 1869, however, a new book referring to honkbal was published under the long-winded title De spring in ’t veld of vermakelijke gymnastiek en spel in de vrije lucht en in de speelkamer, benevens uitspanningen met licht en schaduw (The Ne’er-sit-still, or Amusing Gymnastics and Games under the Open Sky and in the Games Room, also Entertainment with Light and Shadow). It was compiled by P. Beets and included a number of passages referring to “the ball game with safe places”, also known as “Base ball”. This marked the first Dutch reference to this pastime as base ball.

“This game is a popular pastime in England”, Beets wrote. He was apparently unaware of the fact that a rough version of his rules had been published in a Dutch book nearly fifty years earlier. Nor did Beets report that baseball had been gaining popularity in the United States for some time as well.

All in all, there is very little continuity between the 1822 rules and modern-day baseball. Mainly considered a pastime for boys, it is unlikely to have spread beyond a small circle in the 19th century, but it made a strong comeback in the 20th century as a modern sport known as honkbal or baseball. That does not diminish the fact that the rules of contemporary baseball have been known in our country for nearly two centuries – almost a hundred years more than common opinion thought it was.