A high-ranking Dutch FA executive set the cat among the pigeons again, suggesting the throw-in should be replaced by a kick-in, breathing new life into a debate that has raged for over 150 years. Imagine a sport without an umbrella organisation in charge of making and updating the rules (or laws) for that sport. More likely than not, each town or city would play according to its own set of rules. Which is exactly the state of affairs in the mid-19th century, when modern sports burst onto the scene and rules for kicking, throwing or carrying balls were very much all over the place. Not that anyone minded. Games were rarely, if ever, played outside of local communities.

Here’s an example. At Barnes, one of the oldest rugby/football clubs in England, one of the rules of play they had in place over 150 years ago went like this: If the ball goes out of play, the side of the player that first touches the ball outside the lines of the field shall be entitled to a free kick. Quite out of sync with our current laws, which provide that a throw-in is awarded to the opponents of the player who last touched the ball when it passed the touchline.

But at Barnes, play did not end when the ball went out of bounds. The first to get the ball in the scramble could keep it. In fact, the audience played an active part by trying to prevent the ball from ending up with a player of the opposite side! The thin white line separating players from audience would repeatedly be crossed.

As there were no mutually agreed upon rules at the time – around 1860 – the distinction between rugby and football as we know it now simply did not exist yet in the United Kingdom. But as these sports grew in popularity, so increased the need for a uniform set of rules. The more clubs want to enter a competition, the greater the importance of all participants agreeing on the rules according to which they will play. Two clubs playing to different rules would most definitely have caused trouble, both on and off the pitch.

In 1863, a number of clubs got together and formed the Football Association – the FA – for the very purpose of tackling this issue. They set out to draw up a set of rules they could all agree on and thus regulate the sport which to our modern eyes mostly resembled a mix of football and rugby.

One of the items causing contention at the 1863 meetings to form the FA and agree on a common set of rules was the throw-in. The throw-in was proposed by the clubs that played a game most closely resembling rugby and allowing for more handling of the ball. Modern-day football only allows goalkeepers to handle the ball in their own 18-yard box.

In the end, the throw-in was one of the issues that caused the schism between the proponents of what we now know as football and those of the sport that we now know as rugby. The formation of the FA sealed that deal definitively, as its members would henceforth play football according to the rules (“laws”) established by the FA. The proponents of the rugby-type game seceded and went on to form the Rugby Union.

One of the first 13 laws of the game as set by the FA read that “No player shall carry the ball”, and to emphasise the distinction between the two sports in even stronger terms, the laws also forbade hacking (kicking an adversary intentionally), tripping, and any use of the hands to hold or push an opponent or to pass or throw the ball.

The only exception to the prohibition against handling the ball in football was… the throw-in. Thus, the throw-in is the only rugby-inspired law of the game in 2022 that has survived the 1863 schism between football and rugby.

And now, 159 years later, the Dutch FA are rekindling the debate, even though ultimately they have no say in the matter. After all, responsibility for any changes to the laws of football rests with the International Football Association Board, a body of such conservatism as to pale many a religion. If the idea to replace the throw-in with a kick-in does make it through, the separation of football and rugby will be complete at last. 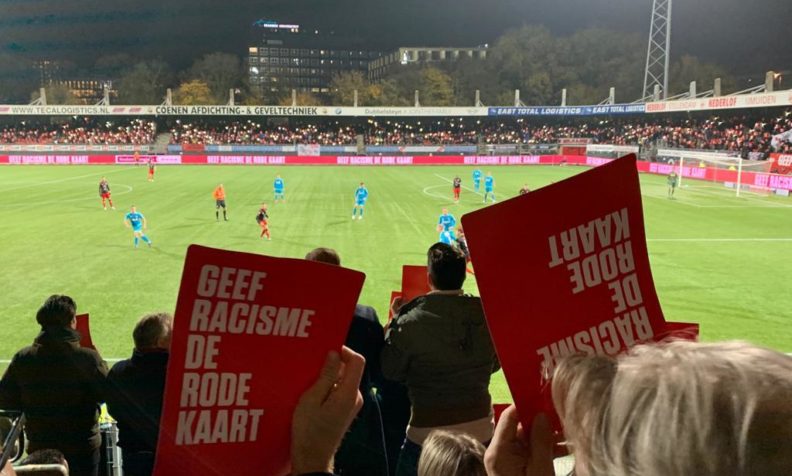